In 1999 Charito Acuña traveled to Cordoba, Argentina, for a Children's Music Meeting.  There, she met several groups dedicated to this genre, as well as composers and teachers.  For many years she had written music for children, and motivated by that experience, she decided to create a group that could spread her music and that of other composers.

Cantores de Colores has performed in various theaters of Bogota, Barranquilla, Cali and Medellin.  In 2007, they participated in the VIII Children's Music Meeting for Latin American and the Caribbean which was held in Valparaiso and Viña del Mar.  They also performed concerts in Santiago de Chile. 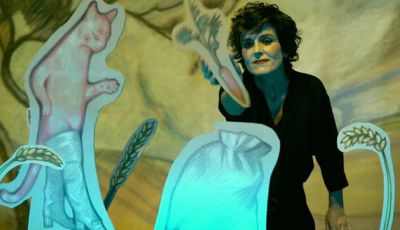