After a successful season in 2013, the Jaime Manzur Foundation returns to Teatro Estudio with two wonderful stories.  The first is Pinocchio, based on Carlo Collodi's book, which tells the story of a puppet who becomes a real boy.

Jaime Manzur's Foundation is widely known in the cultural scene in Colombia.  With his puppet company founded in 1958, Manzur has given life to more than 70 characters in operas, operettas, zarzuelas, and children's stories full of music and joy, contributing to the development of new audiences.

The foundation has had the opportunity to perform in the United States, Central and South America, where it has obtained excellent reviews and has been cataloged as unique in its genre.

In 1976, the company represented Colombia at the International Puppet Festival in Connecticut, United States, and won the first prize among 132 groups from 45 countries.  Later on, thanks to his work, Manzur won an honorable scholarship from Icetex which allowed him to conduct research in almost all countries of the Old World.  Additionally, Unesco granted him a scholarship to investigate the art of puppetry in the city of Prague. 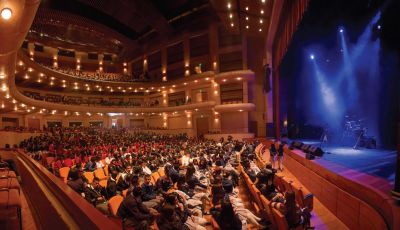