In order to promote performing arts creation at a District level, since 2012 the theaters Jorge Eliécer Gaitán  and Teatro Mayor Julio Mario Santo Domingo hold scholarship contests for small and large format creations.  In 2013 the contemporary dance company L' Explose was the award winner in the large format category with their play “En caso de muerte” (In Case of Death).  Premiere.

These creation scholarships apply to original and innovative assemblies in the field of performing arts, designed by multidisciplinary creative teams that provide the basis for the construction of the proposal.  To this end, as one of its components, the performing spaces at Teatro Mayor Julio Mario Santo Domingo and Teatro Jorge Eliécer Gaitán should be taken into account.

For this reason, dialogue between creators (choreographers, playwrights, stage directors, music directors, visual artists, art directors, artists, etc...) is encouraged and should be a priority during all stages of the assemblies creation that will circulate and be released within these district scenarios. 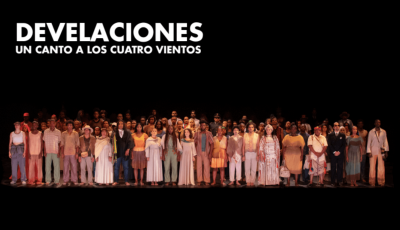