Hailed by critics, Perianes is one of the greatest Spanish artists of the classic scene.  Winner of the National Music Award 2012 in Spain, he has performed at major venues such as Carnegie Hall in New York, Concertgebouw in Amsterdam, Royal Festival Hall, Barbican and Wigmore Hall in London, New World Center in Miami, Suntory Hall in Tokyo, and the Champs Elysées Theater in Paris.  Perianes has collaborated with leading conductors including Daniel Barenboim, Rafael Frühbeck of Burgos, Zubin Mehta and Daniel Harding, among others.

His recording projects with Harmonia Mundi have been enthusiastically received by international critics.  These include Schubert's Impromptus and Klavierstück, and Manuel de Falla's piano music with the BBC Symphony Orchestra and Josep Pons, Latin Grammy nominee. 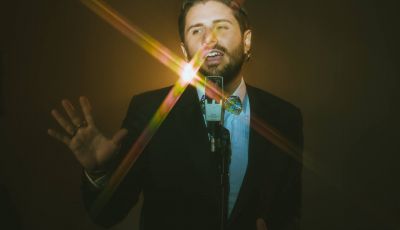